TikTok has taken the social media world by storm. If you haven't heard, it's an app for making and sharing short videos ranging between five and 60 seconds in length.

Although the videos are short, the platform isn't. Built for discovery and creation, TikTok is filled with creative and authentic content that's captured the attention of millions worldwide – over 800 million

And when we say it's captured attention, we mean it. The average TikTok user spends 52 minutes a day on the app.

Why do people spend so much time on TikTok? Although human creativity is part of the charm of the app, its success can be put down to its effective algorithm that plays attention-grabbing recommended videos for users the moment they open it.

TikTok By The Numbers 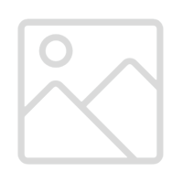 Of app activity is spent on the 'for you' feed

The average number of times a user opens TikTok daily

Get Creative and Connect With Your Audience

TikTok lets you flip traditional marketing on its head and put your brand at the forefront of innovative storytelling and creativity to connect with today’s generation.

Traditional ads won't cut it on TikTok. Create short, enjoyable, to-the-point content that showcases what you have to offer while blending seamlessly with user-created content.

We're at the forefront of TikTok Marketing

TikTok is an exciting new platform for marketers, which is why we're proud to be a TikTok partner.

The partnership is the best way to make your TikTok marketing effective as it allows us to help you create, optimize, target, and measure your ad campaigns with the specialists at TikTok.

We also have access to TikTok’s Creator Marketplace that allows us to help you find content creator partners based on real performance data.

Ready to Make TikToks Not Ads?

Together we’ll build TikToks that drive you towards your marketing goals.