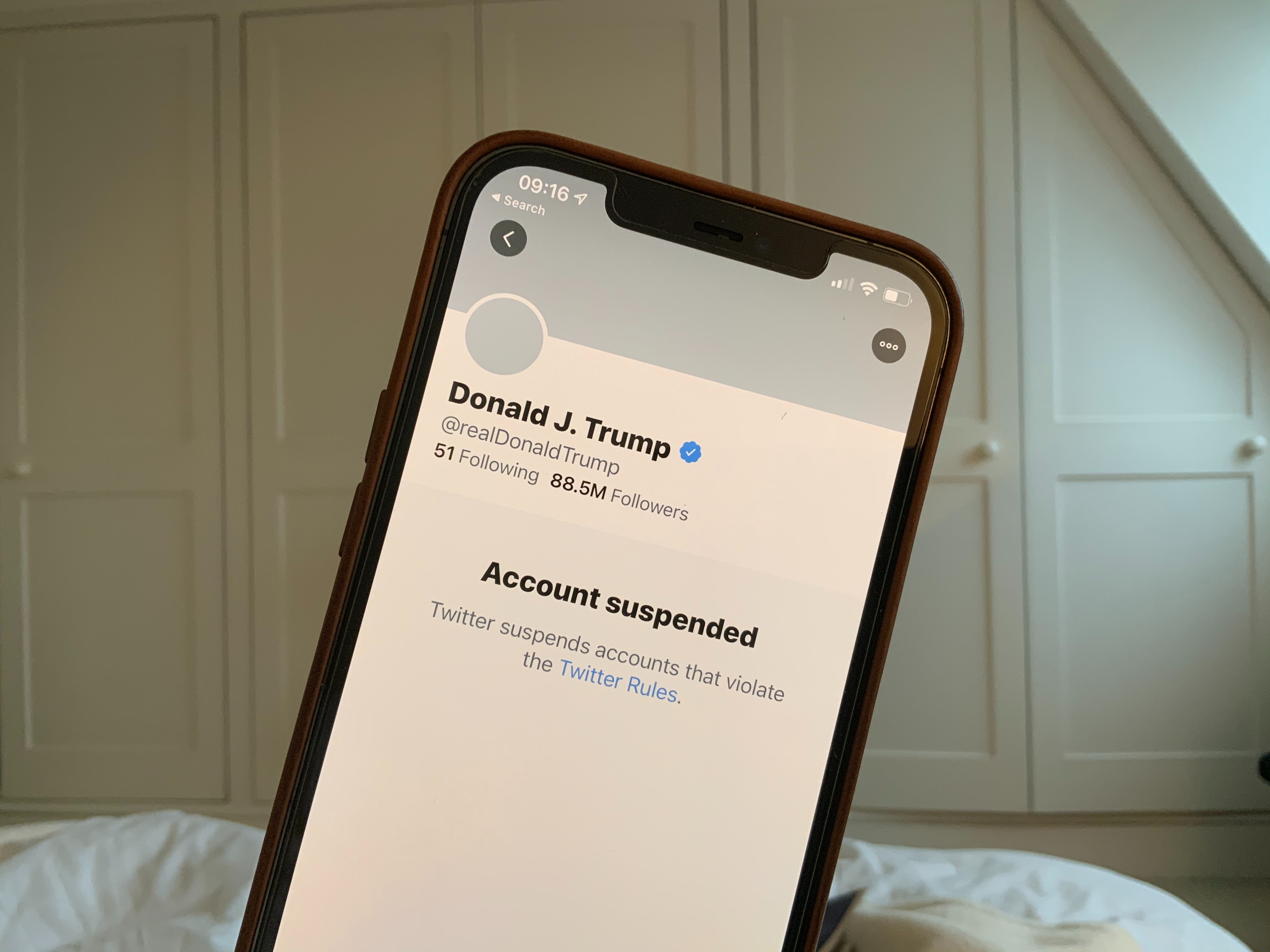 This past week, Donald Trump shut down his blog, it was just 29 days old.

If you didn’t know Trump had a blog, that’s not surprising. According to sources, Trump shut the whole thing down because his ego wasn’t loving the idea that no one was reading it.

In a nutshell, Trump’s started a “communications platform” called “From the Desk of Donald J. Trump” about a month ago after it was clear he wasn’t going to be back on Facebook or Twitter any time soon. Both platforms rightly banned him (it’s probably the only good thing Facebook has done in a while). So, he created the blog as "a place to speak freely and safely," and avoid the “fake news” he asserts always gets in the way of him “speaking the truth”.

Trump shouldn’t be on the internet, so for us at Socialike, the idea he’d scrubbed himself from it was well received. But it got us thinking about blogs. More specifically, what lessons can marketers take from Trump's failure?

After all, Trump once enjoyed 88.9 million Twitter followers. How could someone who’d built such a following previously have a blog fail quicker than Kim Kardashian’s marriage to Kris Humphries in 2011?

Although the question might seem perplexing at first, there are actually a few marketing lessons to take away from such a catastrophic failure. Here are Soicalike’s five lessons marketers can take away from Trump’s blog fail:

1. Remember the objective of the blog

One big mistake that Trump made when he started the blog was not having any real clear long-term objective for it. He simply started the blog to avoid the “fake news media” that he claimed kept blundering his words.

Great blogs aren’t necessarily about great writing. In fact, the best-written blog in the world might struggle to get a loyal readership if you can’t visualize, direct, and develop your ideas into a coherent vision, with long-term aims and strategies. Put simply, a good blog has a goal.

So, what’s the goal of your blog as a marketer? Often, it’s one of the following:

Proper goal setting allows you to tie in your grand ambitions with your day-to-day tactics. This means that if like Trump, you feel your blog isn’t performing, you go back to the drawing board instead of pulling the plug completely.

So, a good goal might stop you from giving up when your blog’s not performing how you want it to. That’s vital because building a great blog takes time.

If he hadn’t let his ego get in the way, Trump might have remembered that it took him 12 years to get 88.9 million followers on Twitter - that’s 4380 days.

Blogging success isn’t going to arrive at your doorstep wrapped up in a pretty bow, no matter who you are. To get people to his blog, Trump needed to share content that visitors wanted to read and share and do that for a bit longer than 29 days.

In fact, blogging is often said to follow the six-month rule. When first starting, expect that you’re not going to get traction from a search engine in the first six months.

Instead, focus on thinking about how you’re going to develop a plan that delivers engaging content to grow readership over a long period of time. Day-by-day actions will deliver big results long term.

So, you’ve got your goals and you know you need to be patient. But how do you create content that’s going to get people engaged with your blog?

Once you’ve identified a clear long-term objective for your blog, you can start to tailor your content to attract the right audience.

Trump knew who his audience was in 2016. Back then, Trump’s ability to speak to those who felt discontent with the establishment was embodied in the phrase “Make America Great Again”. The phrase went viral.

Trump’s ability to communicate to his target audience ultimately led him to win the Presidency, despite many forecasters initially predicting he wouldn’t have a shot.

But, the way Trump handled his Presidency meant he couldn’t hold this audience captive for more than one term. Put simply, Trump's content wasn’t hitting like it previously had.

The lesson? If you can create content that speaks to people, you’re far more likely to have a successful blog. Get started by writing down every single question your customers are asking and answer every one of them in the form of a blog post. Be a resource. Not a self-serving waste of time.

Since building a successful blog takes time, you’ll also not want to ‘set and forget’ when it comes to optimization.

What works best for optimizing your blog today, might not work tomorrow. Optimize your blog by tracking SEO and metrics like visitors, shares, and which blogs are most popular.

If you’re able to see that certain topics are drawing in visitors, use that to your advantage. HubSpot has even posted examples showing that it’s possible to reach a 583% increase in organic traffic in one year, simply by understanding the questions the audience was asking and optimizing each post accordingly.

Understanding how to optimize your blog is down to knowing what the all-important target audience wants. To build long-term success, you need to understand what people are wanting.

As we’ve mentioned, Trump captivated a group of Americans in 2016 with his promise to “Make America Great Again”.

Trump was known as Teflon Donald during this time. He could be as disgusting as he wanted to women, Latino’s or any other minority and somehow his message still seemed to hit home with his supporters.

But, by 2021, the entire world almost had Teflon resistance to the idea that whatever came out of Donald Trump’s mouth was controversial and likely offensive.

The idea of Trump’s blog was to give him a space to air these controversial opinions on a platform where he wouldn’t be monitored, but what he failed to underestimate was how stagnant his formula had become.

Without his audience on Twitter or Facebook, he wasn’t creating content that felt new, interesting or relevant. The only thing new was the platform and it replicated information that’s already out there.

The possibilities are endless, but these are just some of the ways that you may be able to help your blog stand out from the rest.

Good blogs don’t happen by accident. Instead, they have a long-term aim and a good understanding of their audience. They create content that speaks to the audience and have been doing it for a long time – not 29 days. If you’re going to invest precious time, energy, and marketing resource into building a blog you want to make sure you’re doing it right.

Want your blog to last longer than Trump's? Chat with Socialike. We’re more than happy to help you make sure that you’re blogging for long-term marketing success.

Socialike is excited to announce that it’s one of the first TikTok Marketing Partners in New...

12 Digital Marketing Tools You Should Be Using in 2021

Let’s face it, there’s a lot of digital marketing tools out there. If you’re trying to market your...

What Is The AIDA Model?

Any good marketer knows that persuading people matters. To get people interested in your product,...